May 13, 2020
There is nothing that says that a constructor of a class can’t perform complex transactions, but most of the people do not expect them to be long running or fragile.  When someone is writing a constructor that connects to a database, makes a network call, parses files on disk or something that can error out, that is not intuitive.  In the words of Big Lebowski “you are not wrong, you are just an a-hole” 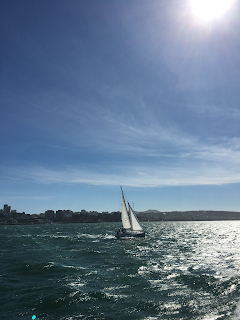 My overall mantra of intuitive programming and design is that you should create systems with the principle of least surprise to the caller and maintainer.  Most of the programmers assume that object constructors rarely fail and rarely take a long time.

Constructors are generally used to create object and assign default or provided values to the fields in the object.  The trouble with overloading the constructor with something super heavy is that while you can remember that this is a “special constructor” others won’t intuitively get that.  Often times when you do something strange you yourself don’t remember what you did.

What kind of bad things happen when you put fragile and long running operations into a constructor?  Someone (because it’s never you) can put your object in system initialization or a static module variable and then all of a sudden without a network resource or a database entry your system won’t start.  Your alarm triggers are going off, you want to get to the management interface or pull up a diagnostic page and it just doesn’t start - it’s a bad situation for engineers.

What’s a better way of dealing with complex initialization? Let’s say you need some data from the database, a network call or something else that can be fragile?  The easiest and most intuitive way is to just have a function that produces your object as a result.

When people call a function they have much fewer assumptions about what is going to happen. They generally understand that they might get an exception, they might get nothing in return, it might take a while or there might be a slew of things that happens within that function.  With functions people are more likely to read the docs or the source code.

Another pattern is to create an initialization method so you can create an object and then initialize it in a separate call.

While all of the above methods are acceptable, some of them are more intuitive than others.  Intuitive software design guards the consumers of your code from making making mistakes and that is good karma.