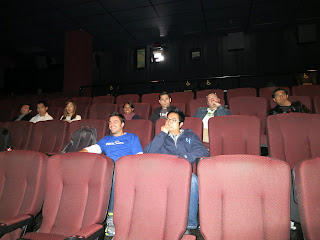 At the end of every sprint my team has a sprint review.  It’s been a bit of a tradition and I think
everyone agrees that we all got a lot out of it.  People share best practices, things to watch out for and generally check in with each other. To have a great review meeting you need to get people to open up. How do you create a comfort zone where people can speak up? It is the sticky issues that generally slow people down, annoy them and sometimes cause people to quit their job.

Here are a couple of tricks I’ve accumulated over my twelve years of management:

Ask people to write things that they consider “accelerators” and “blockers” on sticky notes.  Ask them to come up with at least 2 of each.  It will take a little effort on everyone’s part but it’s better to have a bunch of things that are minor rather than miss one major issue.  Somehow writing things on a sticky note and not adding your name to it makes people more comfortable than speaking up in front of everyone.  After everyone has their stickies, I ask people to randomly put them into two areas of the whiteboard.  This generally gets the group going with ideas for improvement and shared lessons.

Second tactic that I’ve employed is asking people what they learned in the last iteration.  I found that for technical folks it’s easier to say: “I learned that the build is really unstable” rather than “you know that our build system is total crap” in front of people who might actually be maintaining the system.

Last method, which I rarely use, but it could work for a distributed team is SurveyMonkey.  Any anonymous system where you can create a safe environment is a great way to get your team to talk.

How about your team?  How do you get opinions from everyone?  Get in touch with me via twitter @mikebz, post a comment on www.mikebz.com or find me in other ways.