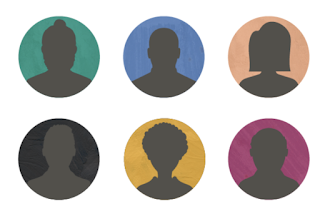 When your work is to manage an engineering organization there are few people you could get advice from.  If you are a Director, VP or CTO in a tech company there might be zero to a handful of other people with similar job responsibilities. Almost everyone accumulates a number of mentors or friends throughout their career but those connections fade and sometimes geeks feel weird asking other geeks to “get together and catch up.”

I have come across Enrich (https://www.joinenrich.com) which is a facilitated peer groups and it helped me get some perspective and advice I don’t think I’d get anywhere else.  This group costs money and my company doesn’t pay for it, so I was fairly resistant to signing up for it at first.  My thoughts were that I am already paying a huge premium for living in San Francisco which has the highest concentration of technology leaders in the world.  I should be able to connect with people and foster those relationships without having to pay someone to organize group dinners for me.  The organic method didn’t work out that well, everyone at Director+ level with 20-200 people working for them has very little time. Folks who are managing engineering organizations at Google, Twitter, AirBnB are rarely at a random meetup and even if they are there it’s hard to find them.  There is no special signal for “people with a 30-60 person organization” and there is a bunch of people who are CTOs at a 10 person startup.

I got plugged into one of the Enrich cohorts about a year ago and it took about three group dinners for folks to warm up to each other.  It was really nice that someone else was dealing with schedules and someone else was in charge of lining up leaders that are in the same phase in their career.  The conversations got seeded with some generally interesting topics of discussion like hiring, diversity, performance management, compensation, distributed teams, but often times the group veered off into its own direction.  It was insightful to hear about how things were being done in big tech companies and some small startups.

Through the year I was able to get ideas about how to manage people who are working for me, manage up and also manage my own career.  The last one is especially hard to get feedback on within your organization.  Questions like “I think I am pretty happy, but I just got called by an executive recruiter at X…” are definitely not something you are going to bounce off the peers in your company.

Some of the folks have been a part of the same cohort for a year now and we have followed each other journey through job changes, re-orgs, mergers and other interesting events.  It’s hard for me to think about how I would have gotten those insights somewhere else.

If you are in a leadership role, software engineering or otherwise, I highly advice you to work on your peer and mentor group.  It’s a long game, but a rewarding one.