May 23, 2019
At the center of successful product launch are customers who are happy, excited or relieved that something has been delivered to them.  Given that customers are such a key part of this equation it’s astonishing how often product development teams get so “visionary” that they forget the very people they are trying to serve.  Focusing on real people with real needs has a number of positive side effects, maybe the most important of which is your company survival.  According to CB Insights 42% of startups fail because they are solving a problem that doesn’t have a sufficient market need.  Here are some common fallacies that I have noticed through my 20+ years in software development:


Fallacy #1: No one will understand our vision until they see it! 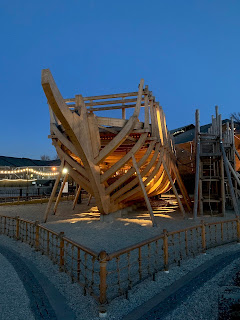 Some people have the belief that in order for someone to understand what they are talking about they have to show a working product.  This is symptomatic of confusing the problem and the solution.  While it is true that sometimes people need to see the solution, the solution can not be built before actually learning about the problem.  When we were working on early versions of DocuSign the founder, Tom, has spent a lot of time figuring out what real problems people had without necessarily jumping to the demos.  He found out that real estate agents hated to drive for some forgotten form, sales people wanted to close a deal while having someone on the phone, out of state candidates wanted to see and sign their offer letter without waiting till they moved or visited.  These were real problems that customers agreed with when we confirmed them.

Fallacy #2: Customers won’t meet and waste their time unless they know we can help.

This is another common problem and usually stems from a weak value proposition.  Have you ever had something that bothered you a lot?  If it’s a priority for you and a vendor wants to hear you out and potentially solve this problem for you, I bet you would take that meeting!  If people don’t want to take the time to talk to you about the problem you are trying to solve, how likely do you think they are going to take a sales call and actually pay money to buy your product?  If you are postponing these conversations or you reached out to some customers and they don’t want to talk, you are headed in the wrong direction.

Fallacy #3: There are a lot of customers, we can always talk to them later!

If there is a large population of potential customers, it should be easy to pick out a few representative people who you can interview.  If it’s a struggle to find such examples that set might not be so large.  Also while the set of customers might be large, the problem you are trying to solve might not be at the top of their priority list and you will then need to spend a lot of marketing and sales efforts to make them pay attention to it.

Fallacy #4: We can’t be a slave to one customer!

Sometimes product teams believe that just listening to particular customers makes you a consulting company instead of something that creates a product that’s usable to the masses.  This is a danger you can not ignore.  The real solution here is to talk to *more* customers, not less.  It’s through the analysis of many different people and conversations with them that you will find the common themes that will appeal to a large enough population.

Talking to customers early and getting requirements from them has another side effect: a lot of product development teams rally to meet the deadlines if they know that they will help some real company instead of meeting a hypothetical corporate goal.

I believe that a worthy problem will get customer engagement early and often and the sacrifices that the product development organization goes through to ship something will be rewarded with a lot of usage.  Getting caught up in the fallacies I cited above puts you at risk of wasting your time.