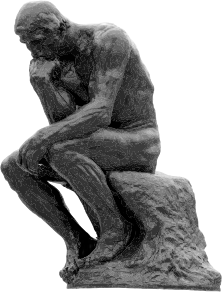 "Software developers are creative human beings and they need to make sense of unpredictable, turbulent environments"

Team output can vary dramatically based on the emotional state so neglecting emotions yield to worse performance.  Beyond the pure output no one wants to spend much time in a place where they do not feel good.  It can lead to turnover and engineers applying their talents elsewhere.

There is a stereotype of engineers being highly analytical so in communication with them "facts is all that matters."  This point of view is often not correct.  In "Quiet: The Power of Introverts in a World That Can't Stop Talking" Suan Cain talks about the correlation of introversion, hypersensitivity and involvement in professions that require deep thought, such as software development.

The same engineers that one might assume do not care about the delivery of the message might actually care about it much more:
"Highly sensitive people also process information about their environments— both physical and emotional— unusually deeply. They tend to notice subtleties that others miss— another person’s shift in mood, say, or a lightbulb burning a touch too brightly."

Often times the people who are the worst at treating engineers are other engineers.  When dealing with a sensitive individual who is working hard, stressed out because the project is behind and just inherited a bunch of legacy code it's important to come back to values of empathy.

As a person managing or trying to manage a team of highly technical creatives it's important to pay attention to emotional queues.  Unfortunately e-mail and work chat do not relay a lot of the moods.  Emoticons are a poor substitute and require the sender to be self aware of how they are feeling which often times they are not.

Hyper sensitive individuals shy away from a lot of high bandwidth communication, but in my management practice I have found it incredibly important.  While in person meetings, lunches and phone calls might suck up a lot of energy, they are the only way to understand the subtle moods and get a head of emotional problems.