Ego in Your Decision Making

April 10, 2017
Oxford dictionary defines Ego as: “a person's sense of self-esteem or self-importance”. It says that it is “responsible for reality testing and a sense of personal identity.” For a lot of us techies those were really important functions that probably served us very well early in our career.  We had to be assertive, we had to choose a coding style guide, pick our frameworks and “be decisive”.  However when it comes to engineering management the same things that used to help might be turning into a liability. 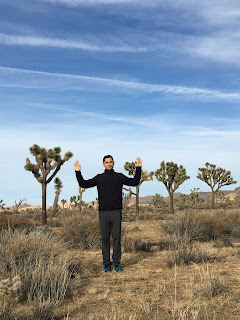 When my job changed from writing code to creating an environment where the best code is written - it took me a while to understand how my ego was holding me back.  I kept applying the old tricks - defining the architecture, the final design and task priority.  What ended up happening is those things led me to turn off a lot of the best and brightest people on my early teams.

I remember the feelings of being aggravated when I had to go over an explain my decisions and get buy in from my team.  My ego was screaming “I am here because I know what to do, can’t these guys just trust me and move on already?”  The sense of control and righteousness eagerly served by my ego didn’t allow me to create space for other people to grow or willingly get on board.

At one point I had a great engineer on my team who was really innovative and my attitude ultimately led him to leave.  In a couple of weeks he wrote a new application that would probably take several people several months to get done.  The problem was that he chose a different framework than what we were already using.  I remember that I was actually upset because I thought about the pain of maintaining this application in case this engineer left.  No one else knew how to work with that technology and I knew that as a manager the responsibility of keeping it running was ultimately up to me. My sense of needing to be in control started pushing this guy away and he ended up leaving a few months after.

Cases like that taught me that I had to reframe my thinking.  Instead of being right technologically I had to start being of service to the folks who reported to me. I started evaluating myself on the basis of the team I create instead of the software I create.  A few times folks took wrong turns and got us in trouble, however when they did they also felt responsible to make it right.  Most of the time the environment retained super stars and they surprised me with their innovation.

Dale Carnegie wanted this inscribed on his tombstone: “Here lies a man who knew how to enlist in his service better men than himself.”  If you are starting in engineering management or feel like you hit a plateau - put a permanent sticky note with those words on your monitor.

If you liked this you might also like:
2 Way to Treat Your Software Engineers
Emotional Intelligence in Software Teams